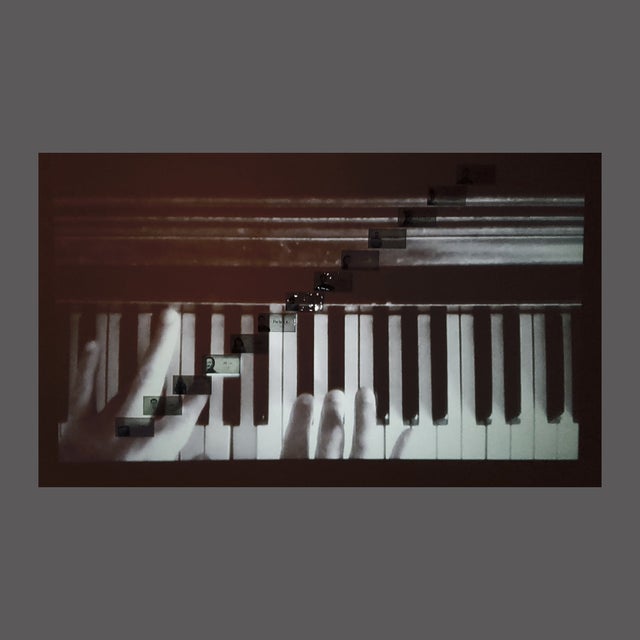 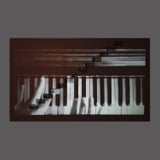 https://youtu.be/X6ED-6R1X44 (A low-quality video showing each ceramic, as installed on the wall)

13 ceramic tiles depicting cast members from Star Trek: TNG, with each character’s “corresponding” or “affiliate” chord, are installed on the gallery wall. A single, rectangular, light is projected (or “cast”) upon each ceramic tile, in sync with the sound of each tile’s chord being played. Also projected is a large overlay of the corresponding chords being played on piano, the footage of which frames the entire installation of tiles.

The chords are a progression of a harmonized, chromatic, scale which starts with Jean-Luc Picard as the major I chord (lowest left tile) and chromatically climbs up through villainous characters of the show, represented as minor chords, key Enterprise crew members represented as major chords, up to the 13th chord and octave, represented as Wesley Crusher (the crew’s prodigy character who so often would save the day). Beyond just major or minor, the specific type of chord chosen to be linked with each character, along with how it gets played, inform and texturize the feel of each harmonized character.

Exhibited at the Waller-Yoblansky Art Gallery, April of 2021, in the "Polyphonic" group show of MSU first-year and second-year graduate students.